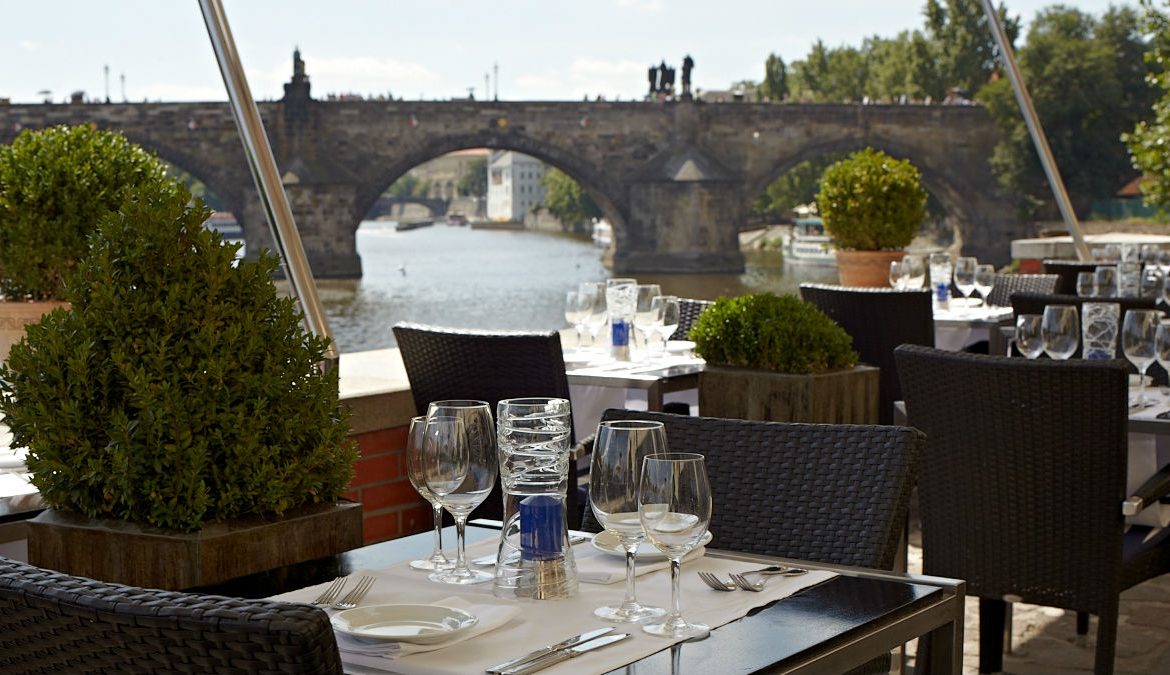 From historic pubs to snaking alleyways and idyllic river walks, the Czech capital is definitely one that’s conducive to light, chilled out strolls. But if the clock happens to be ticking and you’re only swinging by for a day, there’s  plenty of potential. From gawking at contemporary art at the Museum Kampa to sipping a beer at the Novoměstský pivovar, and back to snapping a selfie by the fabulous Obecní dům Municipal House, you’re going to love what we’ve got planned for your 24 hours in Prague.

Following a hearty breakfast at the Panorama Hotel, you’re set up to embark on 24hours of exploration. Walk to the Pankrác station that’s located about five minutes away from your hotel and hop onto the C Line to Letňany four stops north of Muzeum (keep an eye out for the Prague Metro’s distinctive design en route). Take a short 10-minute stroll and you’ll find yourself at the Obecní dům, Prague’s very own Municipal House. This iconic Art Nouveau landmark dates back to the turn of the century and today is home to a grand ballroom and a performance hall, along with several shops and cafés. Browse through the designer boutiques and quirky outlets before settling down for a cappuccino and a cheeky slice of Chocolate Dream cake at the stunning Kavárna Obecní dům, often described as ‘Prague’s most beautiful café’.

If you happen to find good weather, there probably isn’t a better place to enjoy lunch than  Hergetova Cihelna, which boasts a sprawling veranda right above the scenic banks of the Vlatva, and a breathtaking view of Charles Bridge. Treat yourself to something extravagant from the menu, pair itwith a glass (or two!) of Moravian sparkling wine and you’re onto a winner – you’ve only got 24 hours in Prague after all.

After lunch, take a dip into the heart of Prague’s culture by visiting the Museum Kampa, located a mere seven-minute amble along the river. This museum represents Prague’s important modern art museum and features works from the likes of Yoko Ono, Mondrain, and Andy Warhol along with a host of works by Czech artists.

Before all that activity gets too much, take a pit-stop for some local ale at Novoměstský pivovar. Apart from making its own frosty pale and dark lagers in-house, this pub also allows visitors to take a brief tour of the brewery, which will see you walking away with a commemorative beer glass as a souvenir. Before getting there, don’t forget to make a quick detour across the spectacular Charles Bridge, which looks its photogenic best in the sunshine.

Prague nights: Fine dining at Parnas and the National Theatre

It comes as no surprise that after a couple of pints you’re going to feel peckish, and while the Novoměstský pivovar’s spicy pork knuckle might tempt you, there are yet better things to come. If you’re planning on spending 24 hours in Prague, what better way to round the day off than with a lavish meal at an upscale restaurant? That’s where Parnas comes in. Enjoy the roasted duck breast served with acacia honey and white truffle or the 12-hour slow cooked lamb shank – all served with a side of live music.

Once you’re suitably revived, it’s time to head for a night out, starting at the National Theatre, located right next to Parnas. Whether you’re into ballet, opera or theatre performances, the quality is always exceptional and its interiors fantastically resplendent. Book a private box and soak it all in.

Then, end your  24 hours in Prague with a nightcap. Make your way to the Hemingway Bar, known for its dedication to mixing up a cocktail. Here absinthe, rum and Champagne are the base of each liquid creation, which includes beloved classics alongside intriguing combinations, such as the Swan Lake: homemade lychee and pink grapefruit sorbet, Champagne and a twist of lime.